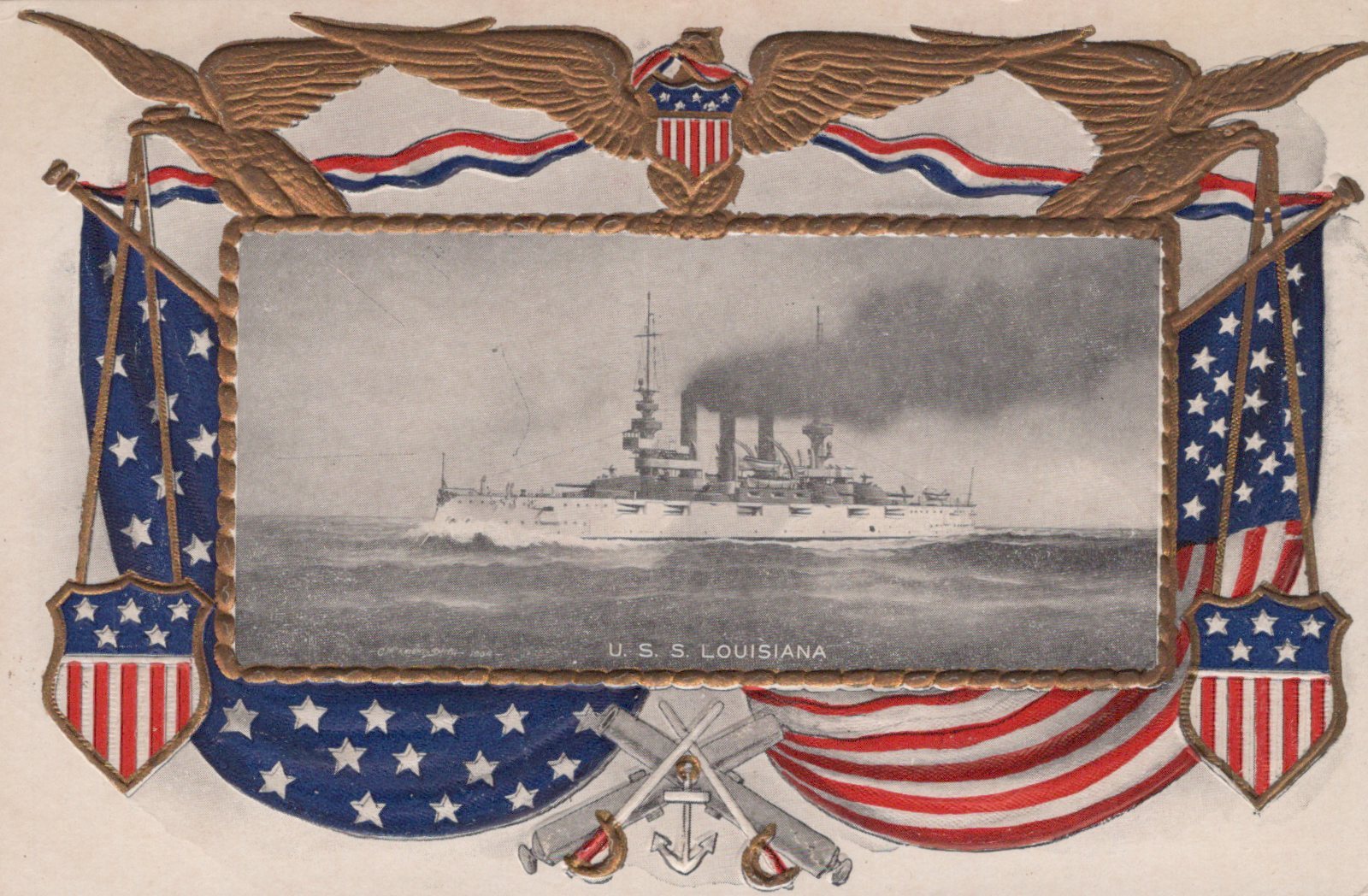 The Louisiana second in construction of the Connecticut Class battleship.  She was laid down at Newport News Shipbuilding in February 1903, Launched August 27, 1904, and commissioned June 2, 1906 under the command of Captain Albert R. Couden.  These were the biggest ships the Navy had ever built, 16,000-tons with 16,500 pounds of shaft horse power.  They were designed with a range of 5,000 miles without refill of coal and were fitted with 11-inches of Krupp Steel to protect key areas below the waterline, and 9-inch is areas above that had proven week during the Russo-Japanese War.

Her first assignment, the insurrection in Cuba, she was tasked to take the Secretary of War and the Assistant Secretary of State to Havana to resolve the issues.  The Washington Time - Havana, Sept. 21, 1906 - "The United States battleships Louisiana and Virginia and the cruisers Tacoma and Cleveland arrived this morning and anchored in the harbor.  With the cruisers Des Moines and Denver already here, six powerful American warships now hold the city under their guns.  Between them these ships can land a force of 5,000 marines and bluejackets which would be ample to take possession of the city of Havana and back up any decision reached by Secretary Taft that might require employment of force." 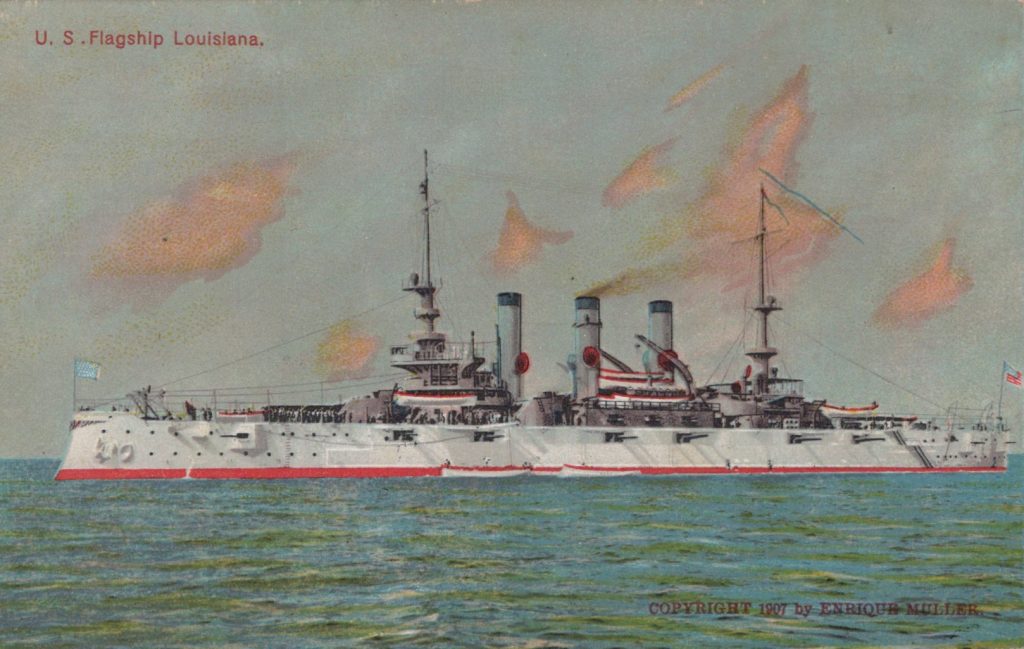 The year 1907  was spent along the east coast in training and preparations for the cruise.  She was a big part of the Jamestown Celebration when available and an official card for the ship was issued and sold at the fair. 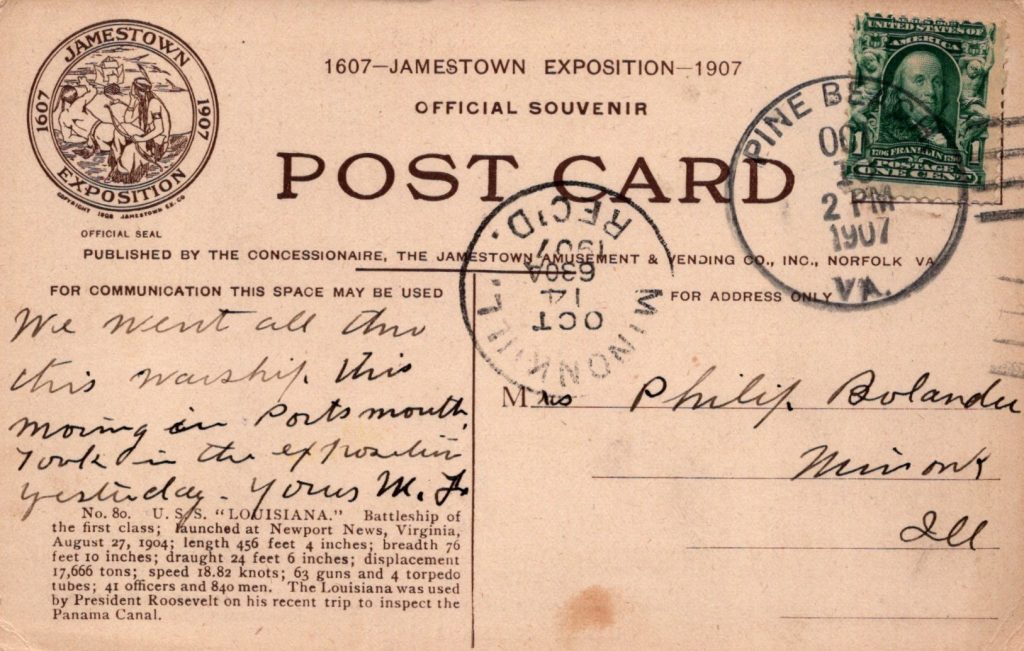 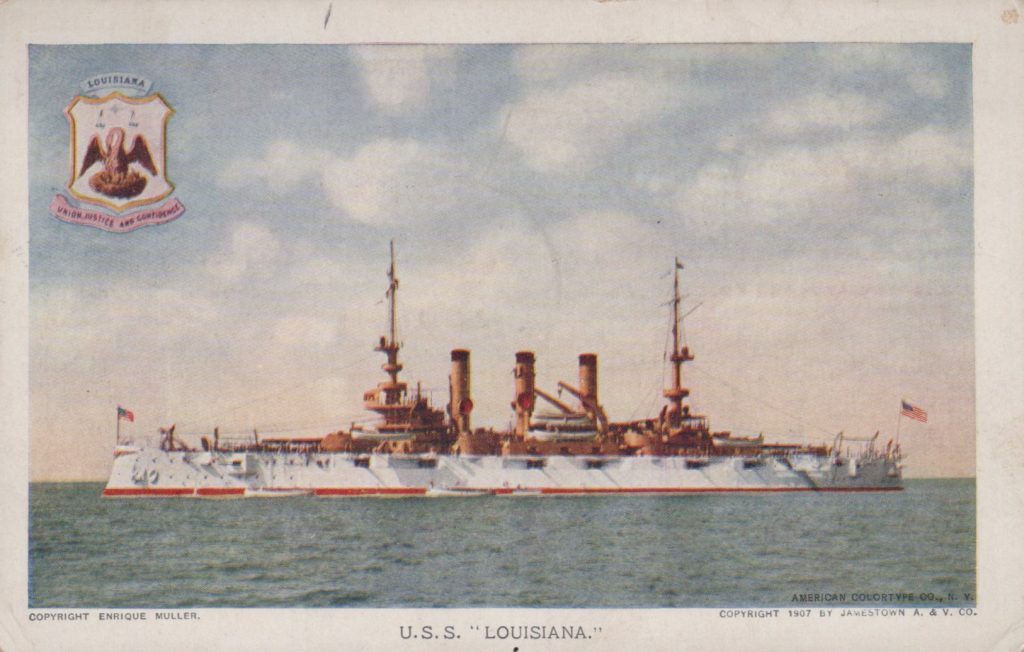 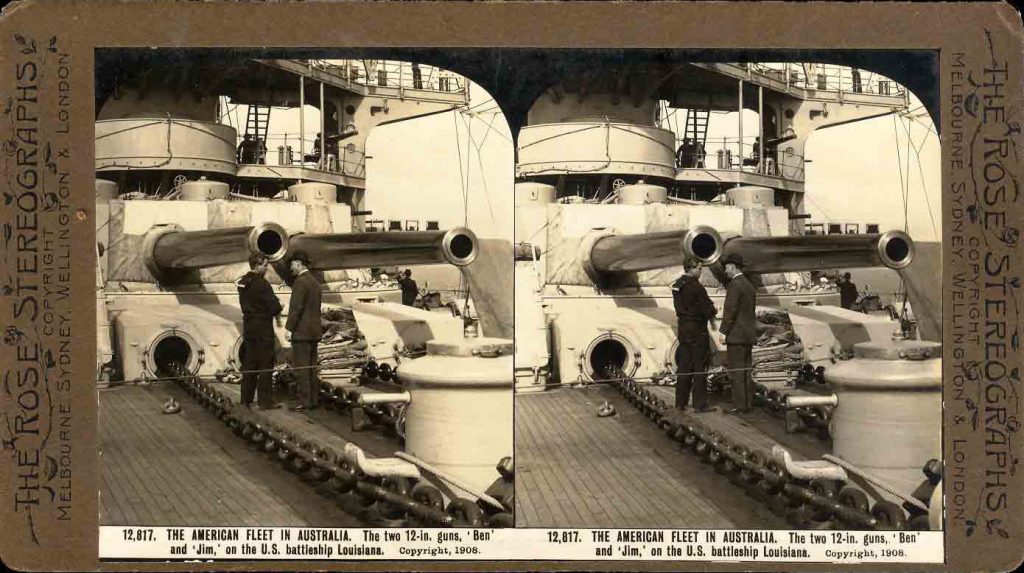