As part of the ships that would be supporting the battleships, six torpedo destroyers left Hampton Roads on December 2, 1907, two weeks in advance of the battleship fleet.  The ships were painted jet black and constructed as light as possible to to be stealth and swift.  The ships were short on comfort with a crew of approximately 30.  The six ships departing were the Whipple, Lawrence, Hopkins, Stewart, Truxton, and Hull.

At left is a real photo postcard of the USS Hull sitting in drydock in Brooklyn, NY.  Below are two torpedo boats sitting in the Navy Yard at Norfolk just before the cruise.  These postcard are part of a series produced by Brown & Shaffer, before, during, and after the cruise.  To see more of this collection on this site, follow this link:  Brown & Schaffer. 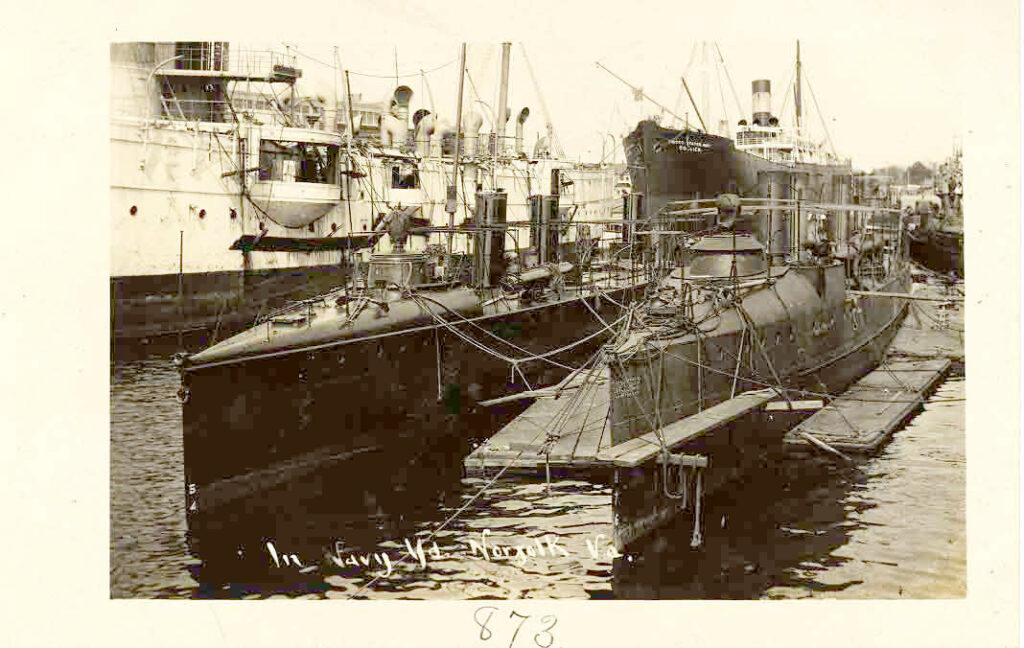 The Whipple was the flagship of the flotilla and was under the command of Lieutenant H. I. Cone.  The first port of call would be San Juan, Porto Rico.  On the second day out, a sailor on the USS Hull died and services for a burial at sea were held.  On December 7th, 1907 they passed Morro Castle entering the harbor of San Juan.  After 5 days, they weighed anchor on the 12th for Port of Spain, Trinidad, arriving on the 14th of December.  While in port the support ship Arethusa arrived and sailors had hope of getting paid, unfortunately, the ship assigned as the "payship" had not money for them, and on the 25th of December, after a 3-day delay for repairs, they departed for Para, Brazil.

On December 30th, the flotilla was inducted to the Realm of Neptunus Rex when sailor crossed the equator.  Later the same day they arrived at Para, Brazil.  Para was only a population of 10,000 at the time and sailors visited the botanical gardens, but otherwise found little to do.  Underway again they steamed south and reached Pernambuco, Brazil on January 10th, 1908.  This was a much larger city and sailors purchased tropical birds and fruits while watching water buffalo work as horses.  On the afternoon of January 13th the flotilla left Pernambuco on its way to Rio de Janeiro.

At right is a postcard published by Edward Mitchel, (photographer Enrique Muller) showing the 6 torpedo destroyers just prior do departure on the cruise.  From left to right:  Hull, Lawrence, Hopkins, Whipple, Truxton, and Stewart.

The fleet arrived in Rio de Janeiro on the afternoon of January 17th, joining the battleship fleet in the harbor.  They stayed until the 21st and departed for Buenos Aires, Argentina.  They arrived in Buenos Aires on January 26th and had time to enjoy the architecture of a modern city.  For the sailors this was a busy city like New York or Boston and they had plenty to see, including an American Church where over 200 sailors attended services.  On days not spent seeing the sights, they had sporting events between the ships or just enjoyed riding the double-decker buses and English made street cars.

On the 30th the flotilla departed for Punta Arenas experiencing rough weather causing many of the sailors to be sick.  On February 4th the flotilla anchored, again joining the battleship fleet.  On the 7th the two fleets kept together until separating at Smythe Channel. 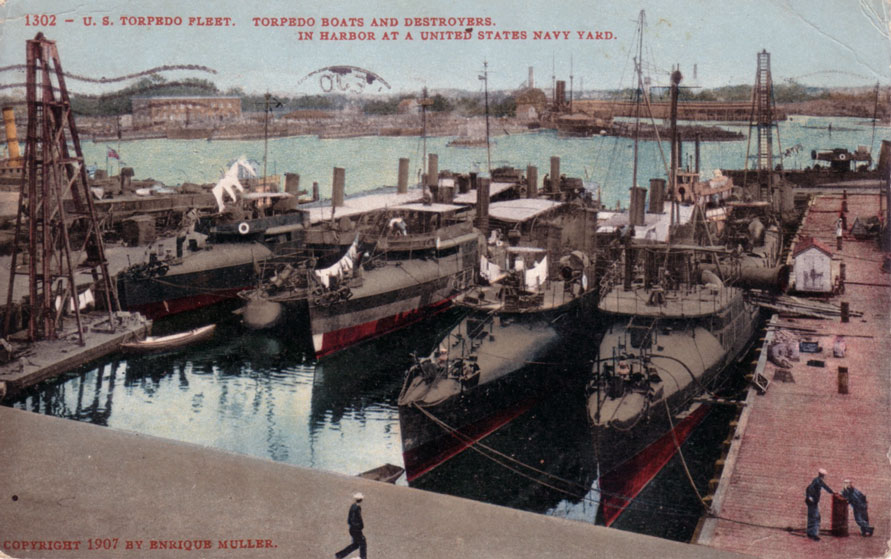 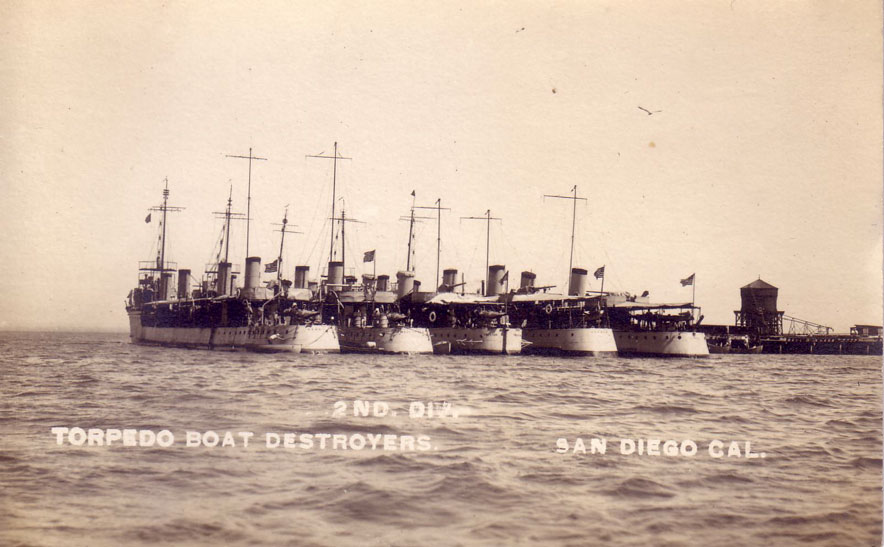 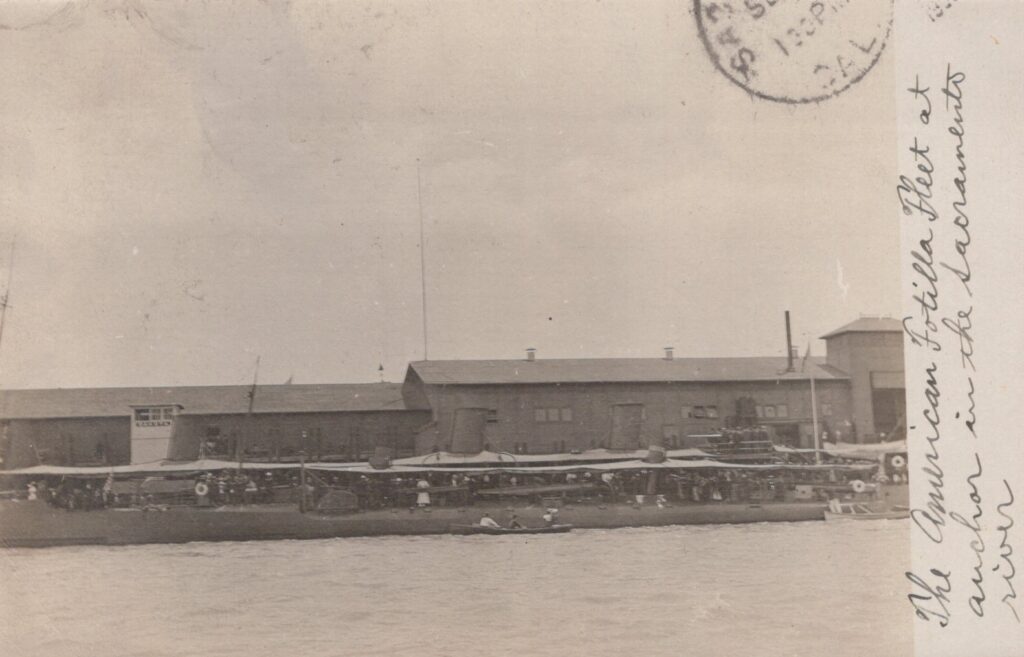 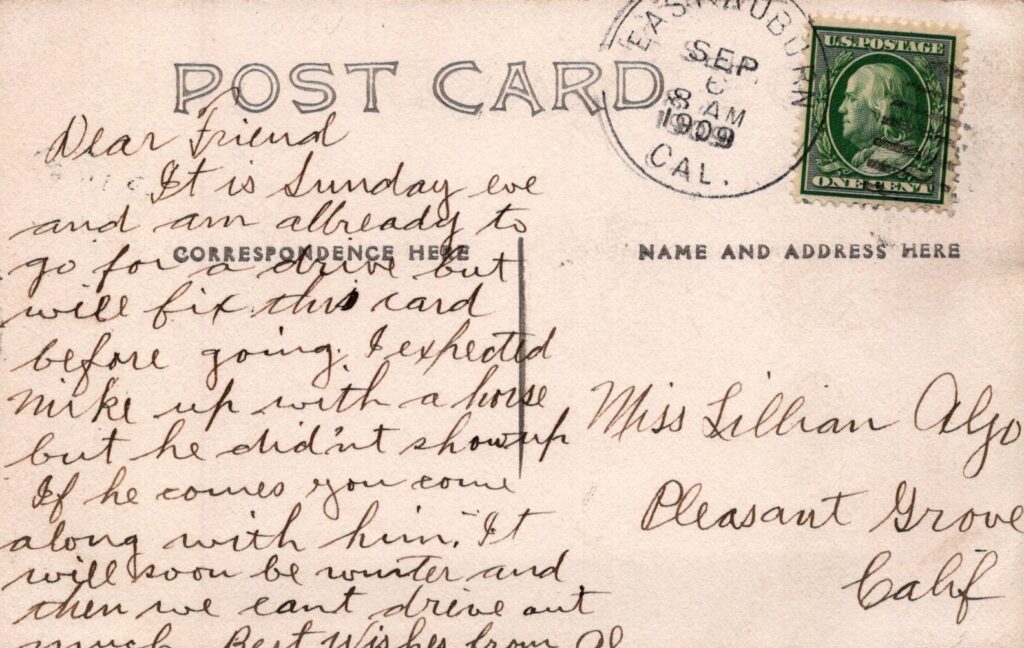 On May 15th, 1908, forty-thousand people greeted the torpedo boat flotilla as it arrived and anchored between J and K Streets in Sacramento.  A twenty-one gun salute was given as the flagship Preble, leading a line of 5 torpedo boats arrived in Sacramento.  At left is a postcard showing the boats tied up pierside in the Sacramento River.

This card, dated August 22, 1908 shows a photograph of a door labeled "Torpedo Trophy" with a awards plaque below.  The written text reads, "If you did lose on the Perry,, here is a proof that she is the best torpedo boat in the Navy.  We sail for Honolulu on Monday and will remain there a week or so, and I will look for a line from you."  Perry was towed by Pennsylvania to Hawaii departing on August 17th. 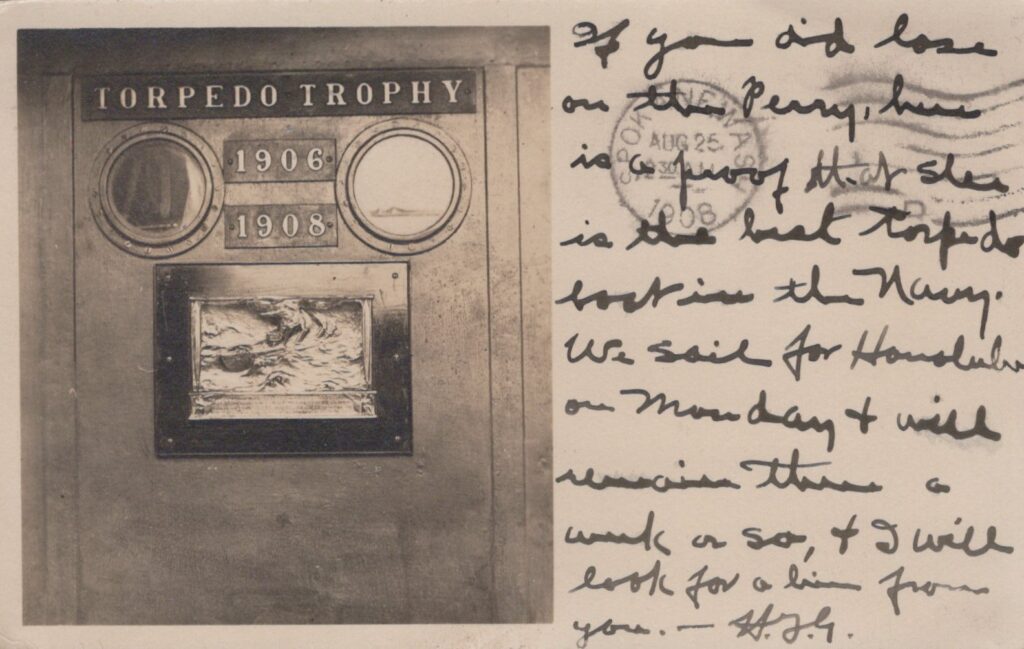 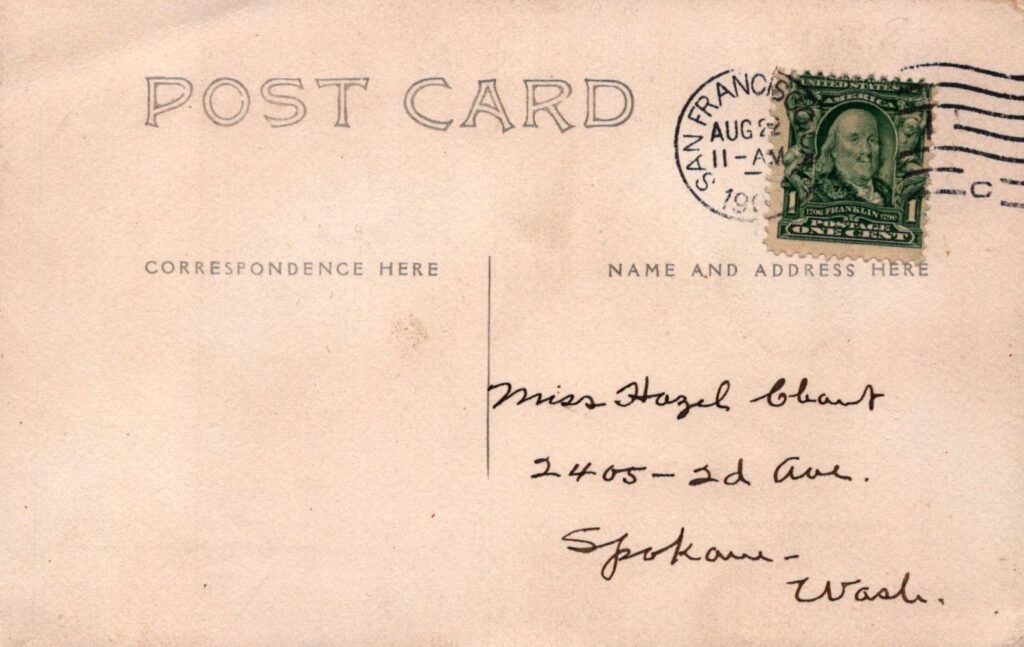 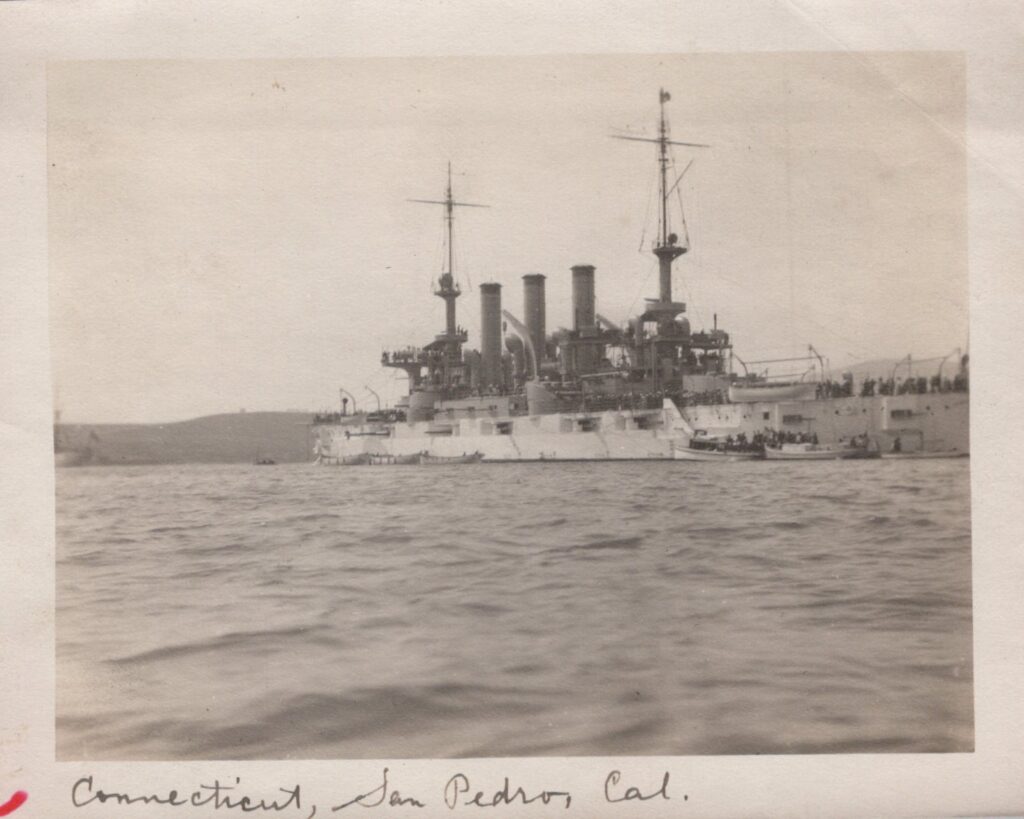 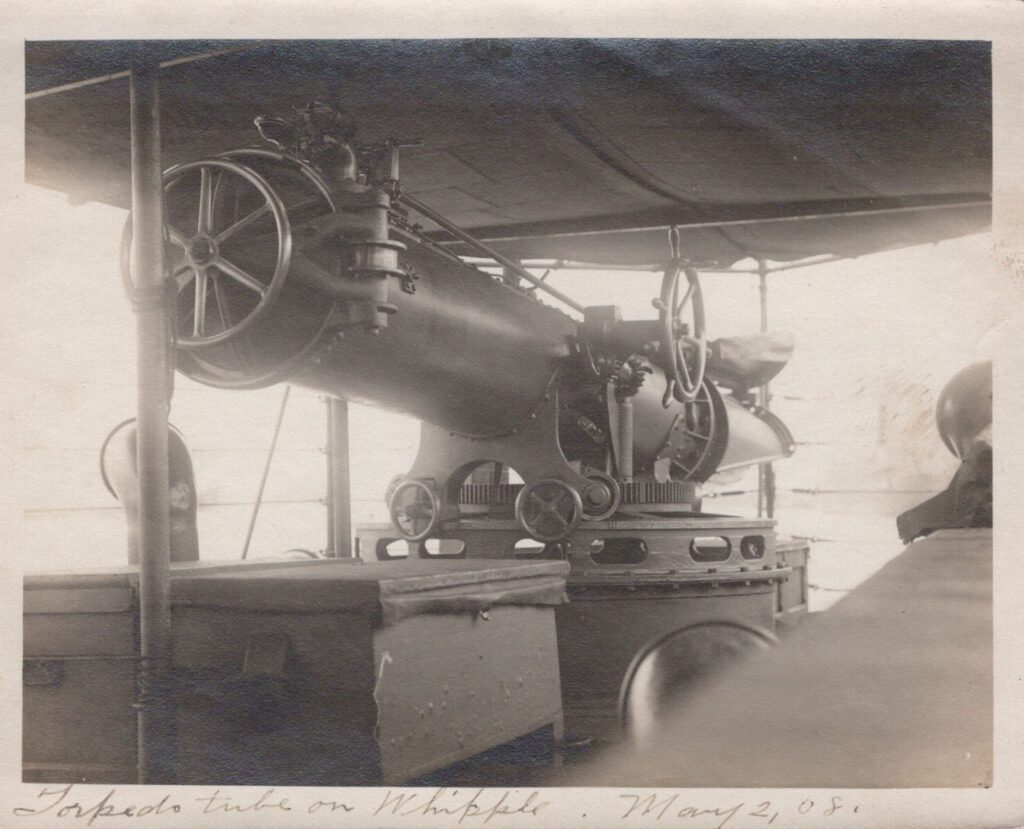 The above photographic postcard shows USS Lawrence (DD-8) sitting in San Pedro, California on April 18, 1908.  The double-wide postcard was not mailed but dated on the back in ink.  Lawrence was part of the flotilla that had accompanied the battleship fleet from Hampton Roads, but did not proceed into the Pacific with the fleet, instead joined Torpedo Flotilla 3 and served on the Pacific Coast, including in Mexico in 1914. 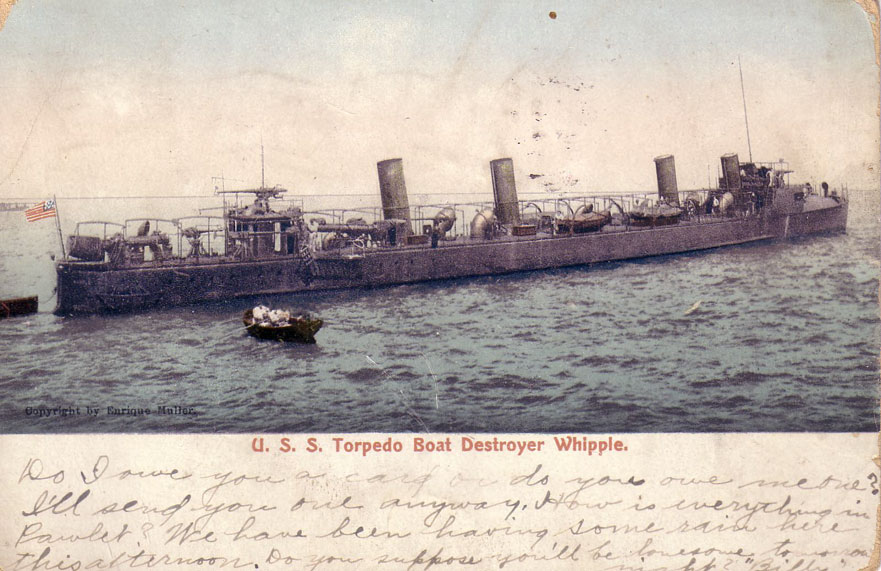 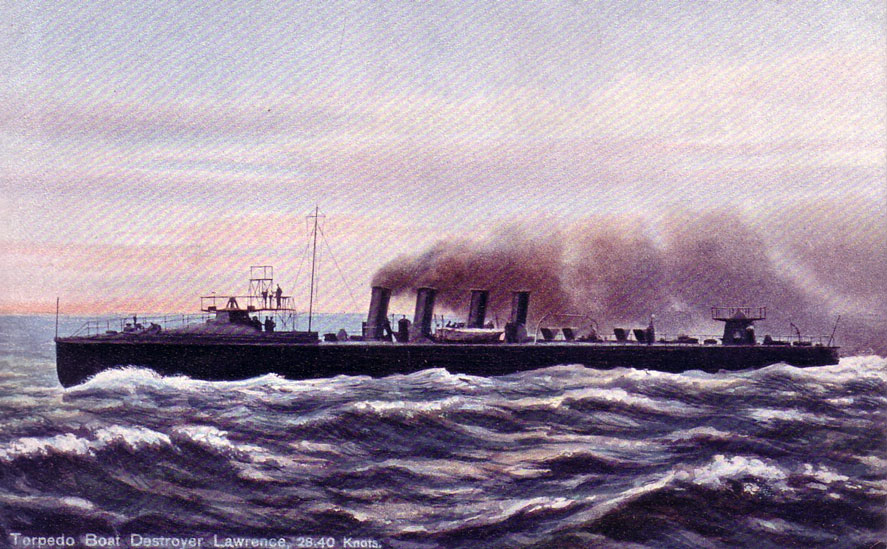 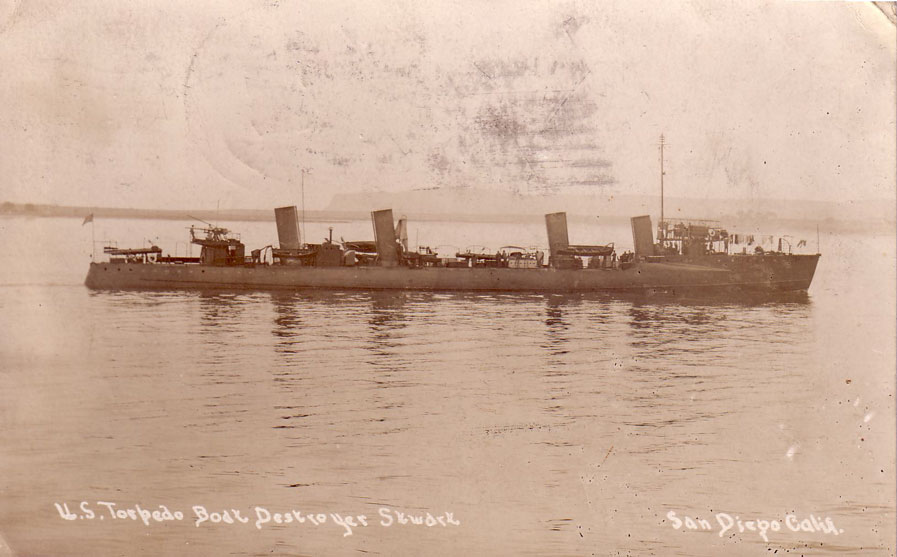 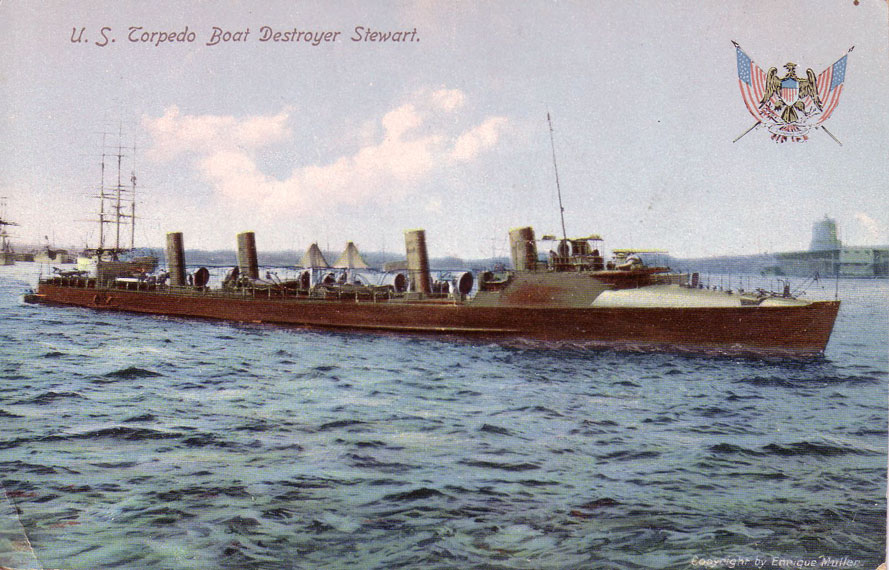 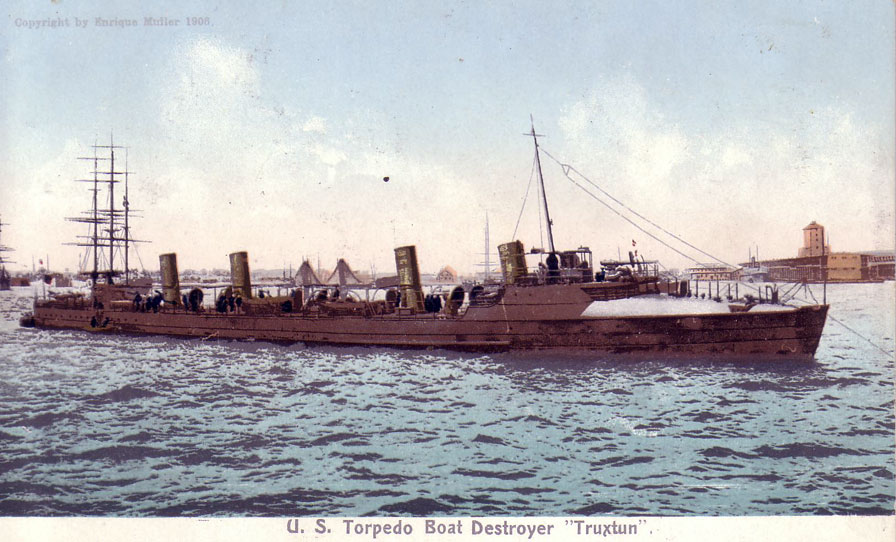 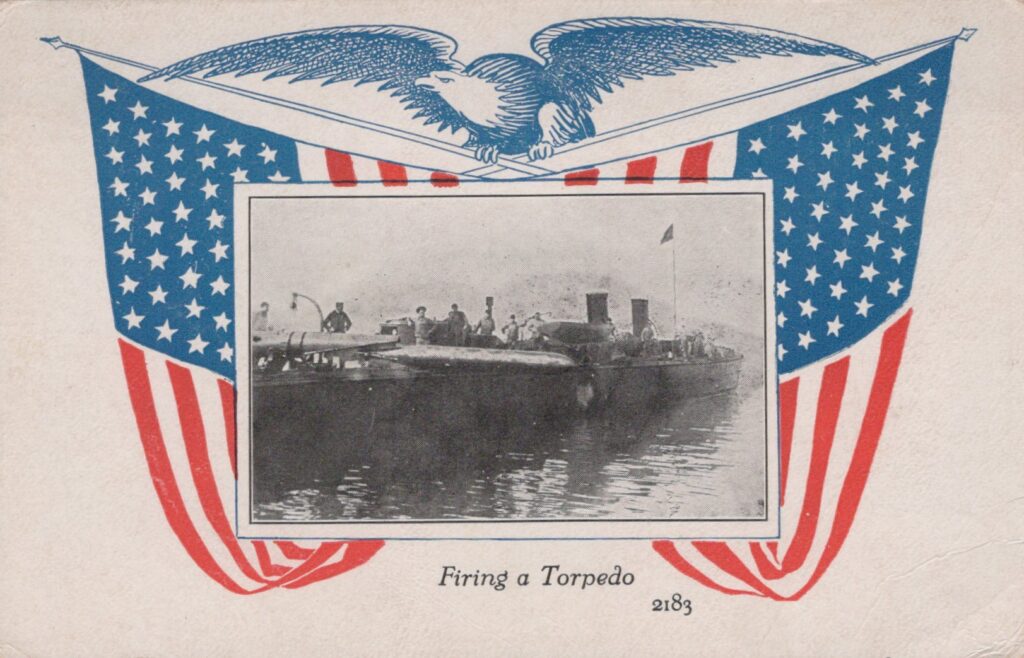