The USS Kentucky (BB-6) was a Kearsarge-Class battleship built by Newport News Shipbuilding and Drydock.  The keel was laid down in June 1896, launched in March 1898, and commissioned in May 1900.  After commissioning she was fitted out at New York Navy Yard, and in October 1900 was left Tompkinsville, Staten Island for China t support American efforts during the Boxer Rebellion via Gibraltar, the Suez Canal, and finally a stop in Manila in February 1901.  Between 1901 and 1904 she visited Chefoo, Woosung, Nanking, Taku Forts, Hong Kong, Xiamen, Nagasaki, Kobe, and Yokohama.  In 1902, Kentucky became the flagship for Rear Admiral Frank Wildes and then for Rear Admiral Robley D. Evans.  In March of 1904 she returned to New York City arriving in May and rejoined the North Atlantic Squadron.  The the 1906 insurrection in Cuba, she carried Marines to Havana, arriving October 1, 1906, afterwards returning to New England.  In April of 1907 she participated in the Naval Review during the Jamestown celebration.

In 1907, Under the Command of Captain Walter C. Cowles, she jointed the Atlantic Fleet as part of the Fourth Division of the Squadron on the trip around the world.

The photo postcard at right was taken by Enrique Muller.  To see more of this collection follow this link:  Enrique Muller Photographers 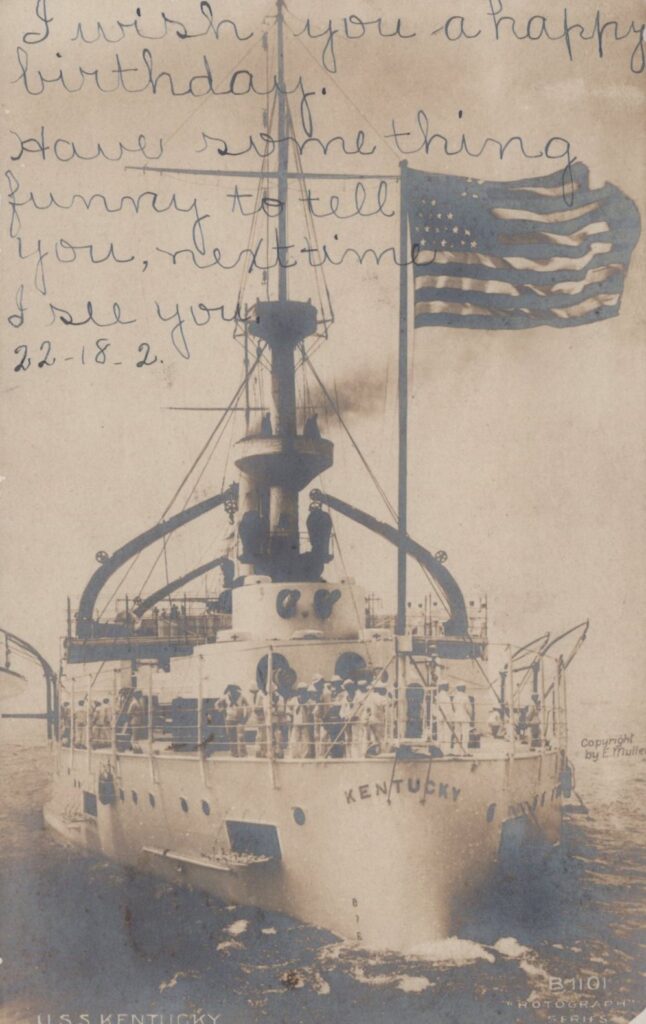 During the trip Kentucky was one of the few ships t visit China, Tripoli and Algiers during the journey.  Captain Cowles remained in command of Kentucky throughout the cruise.

Upon return to the States she underwent a modernization and was decommissioned until May of 1913 when she was transferred to the reserve fleet.  In June of 1915 she was recommissioned and sent to support the Occupation of Veracruz, arriving in September 1915, staying until June 1916.  Upon returning to the states she entered New York Naval Shipyard until World War I started when she was used as a training ship for 15 groups of recruits.  After the War she was scraped as part of the Washington Naval Treaty that limited the size of the naval for signatory fleets.

This card is from a series that was made to give out for free with delivery of the newspaper.  Most of the cards I have collected were from the Lincoln Daily Star, this one showing Captain Walter Cowles with the USS Kentucky.  The photograph is copyrighted by Enrique Muller. 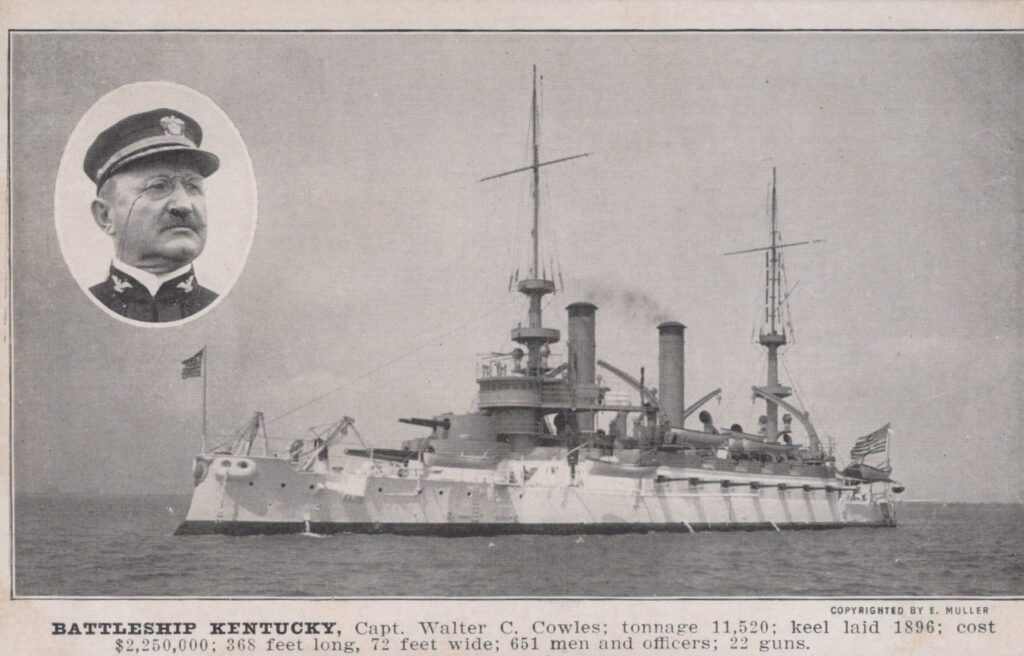 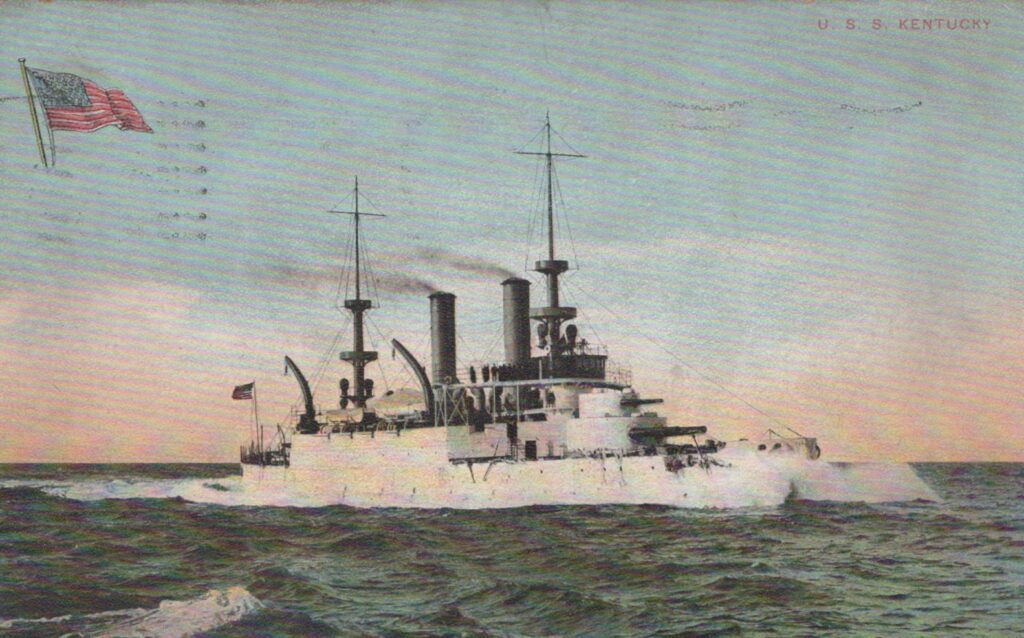 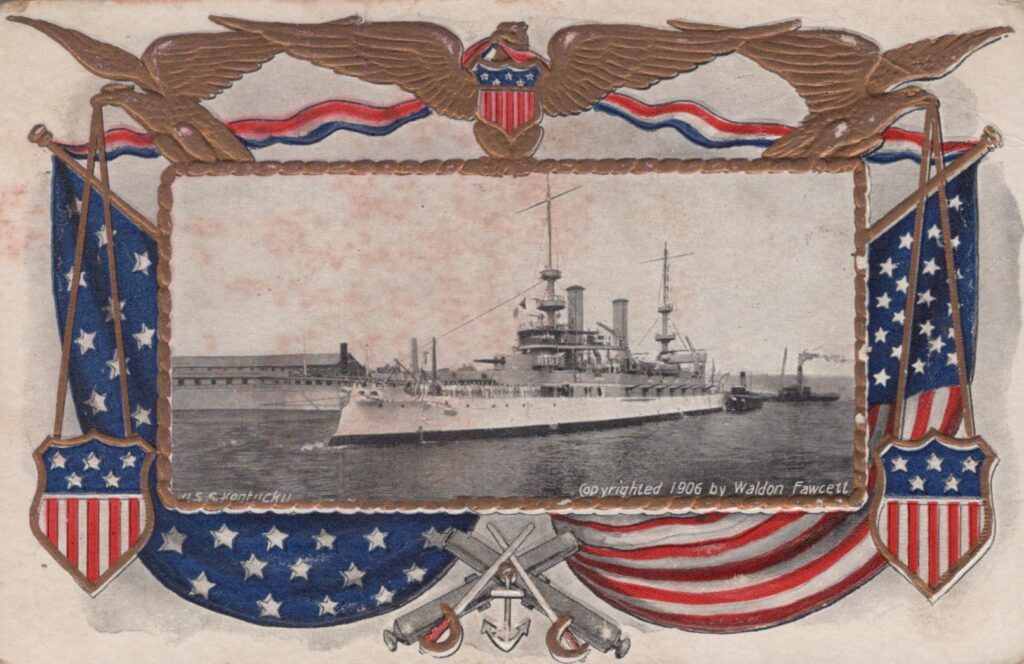 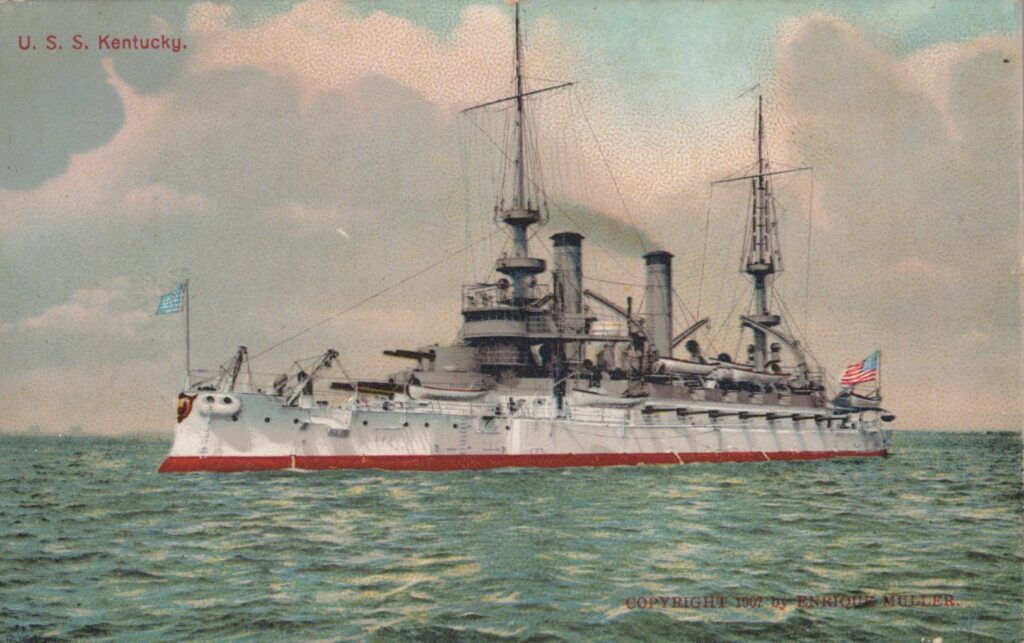 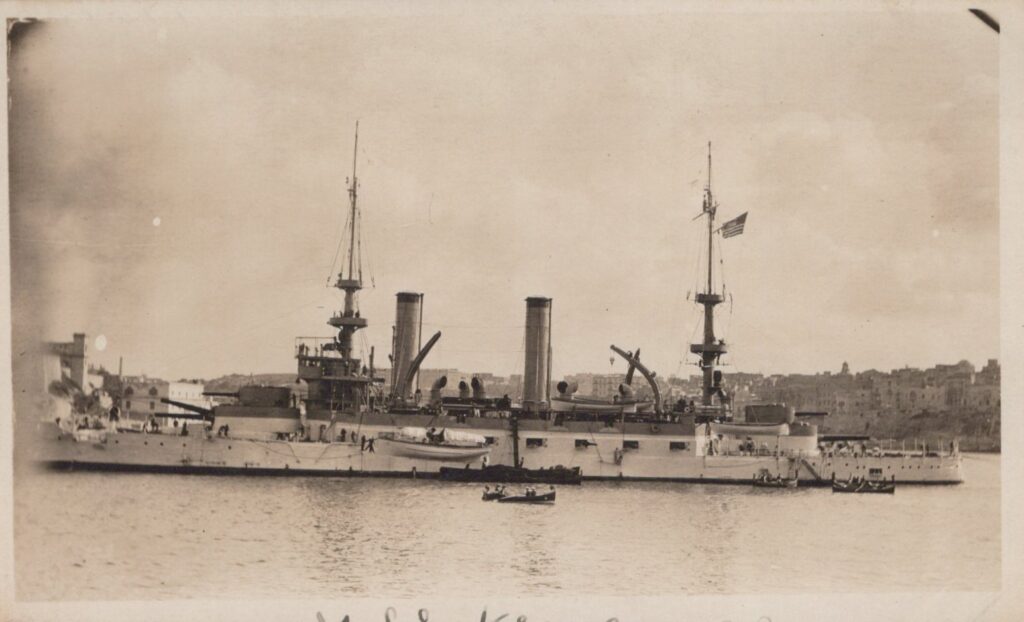 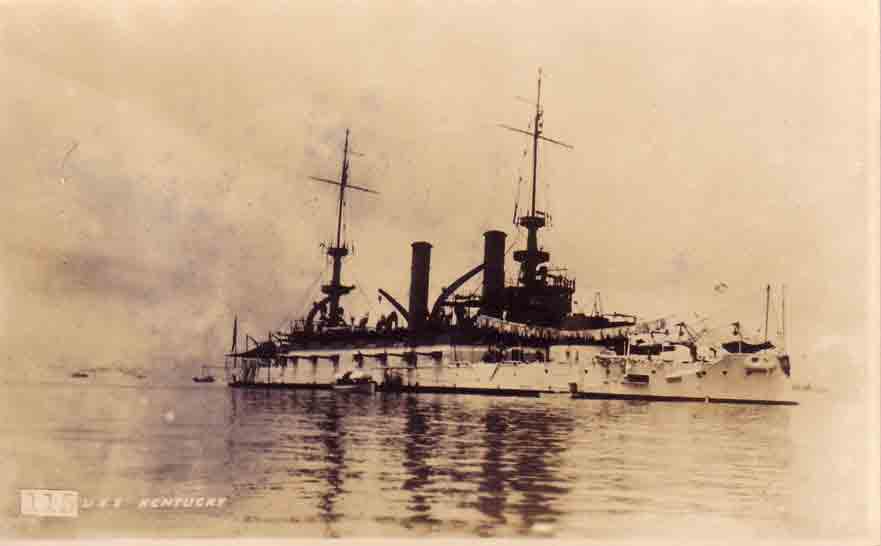 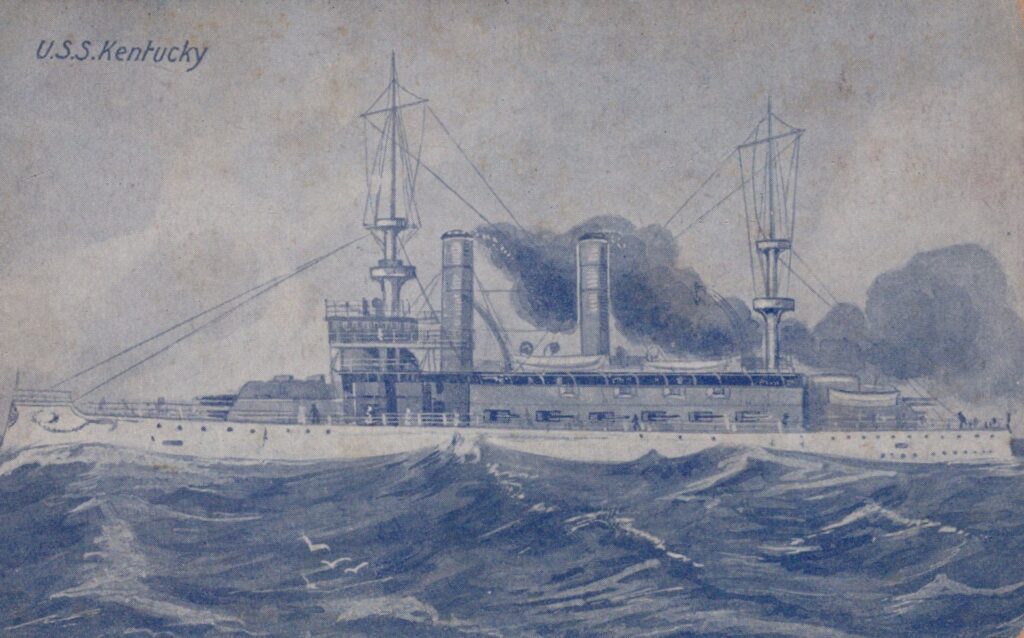 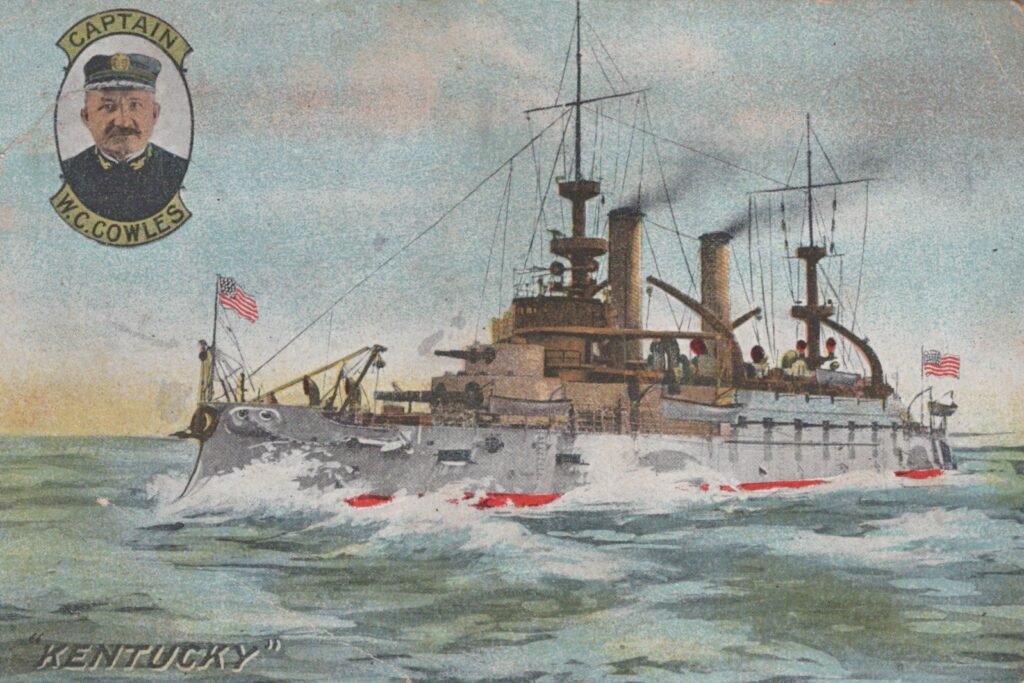 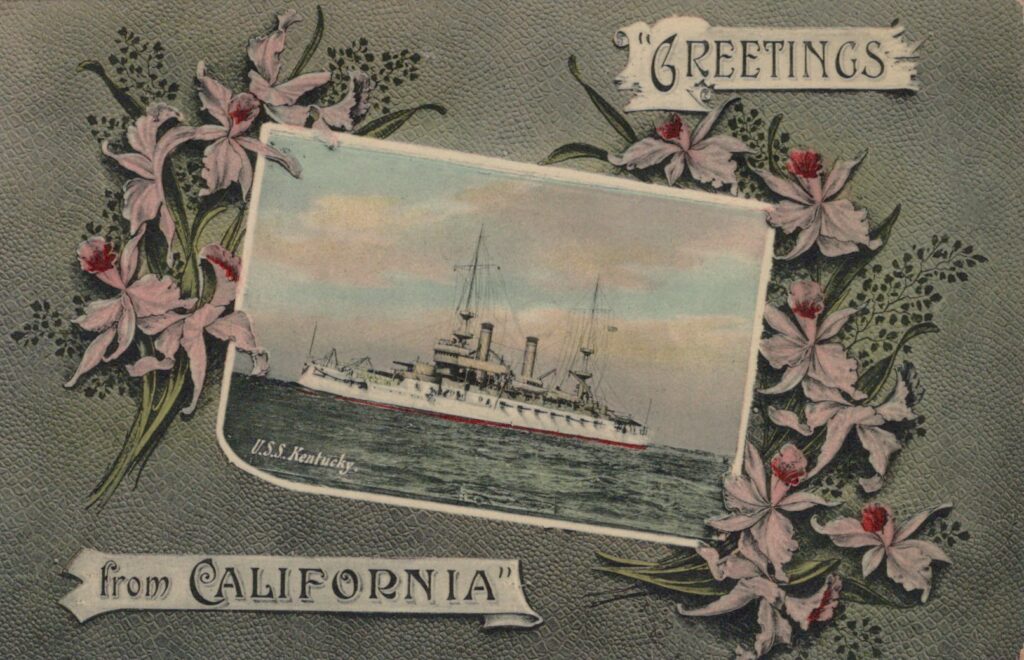 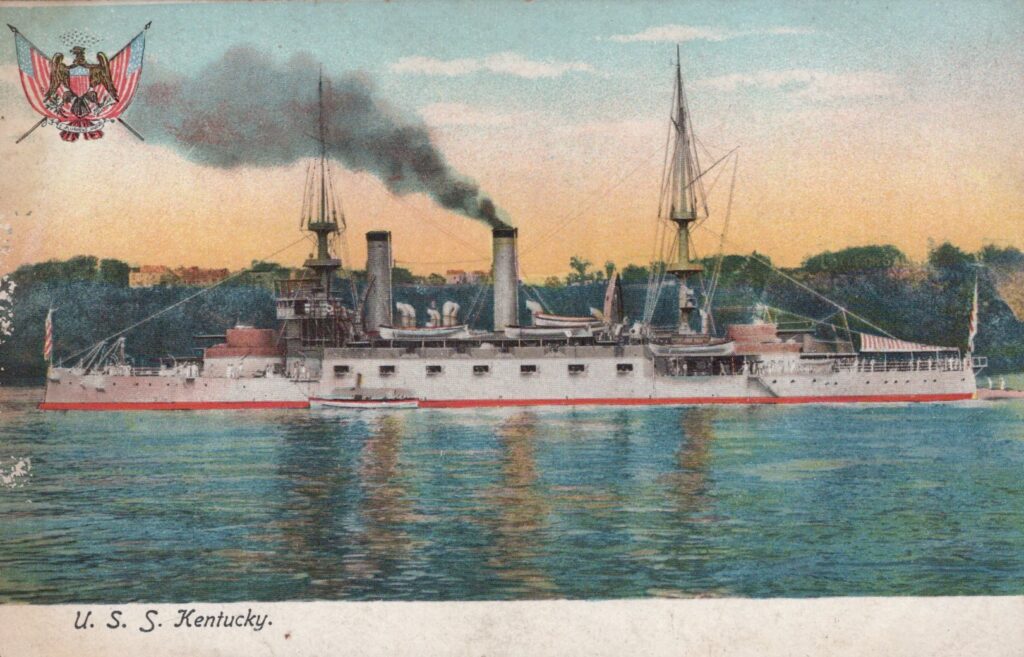 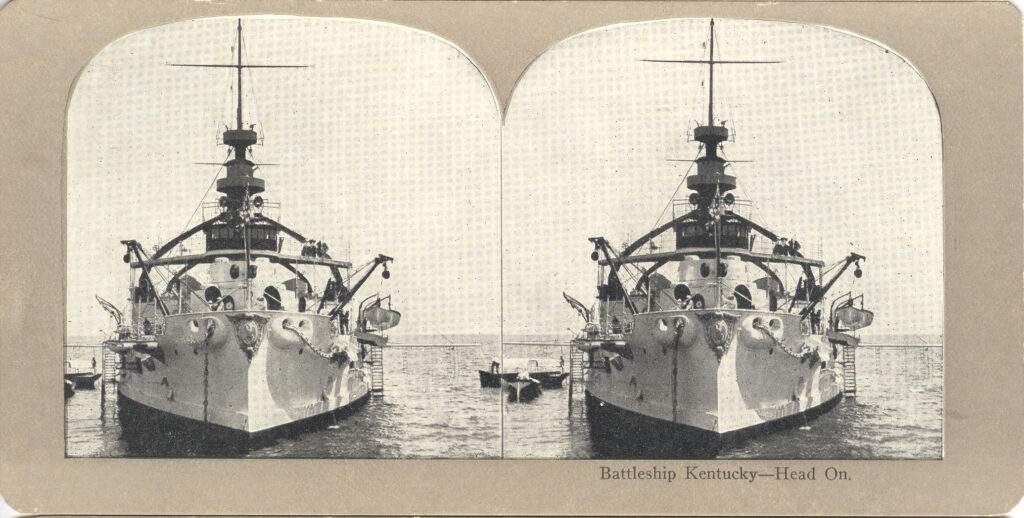 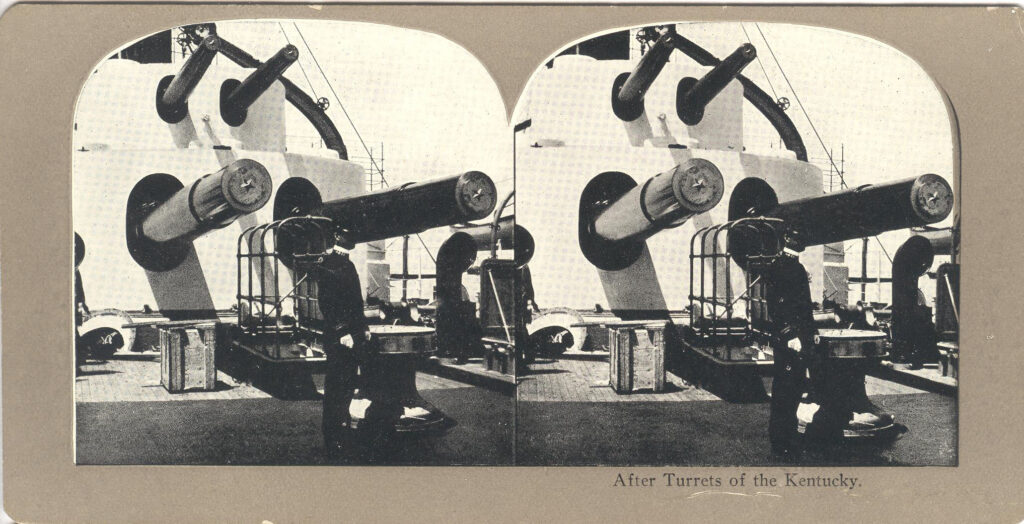