The original photograph at right, taken in Sydney, Australia shows the four Admirals of the fleet seated from left to right, RADM Emory, RADM Sperry, RADM Schroeder, and RADM Wainwright.  There aids are standing behind them. 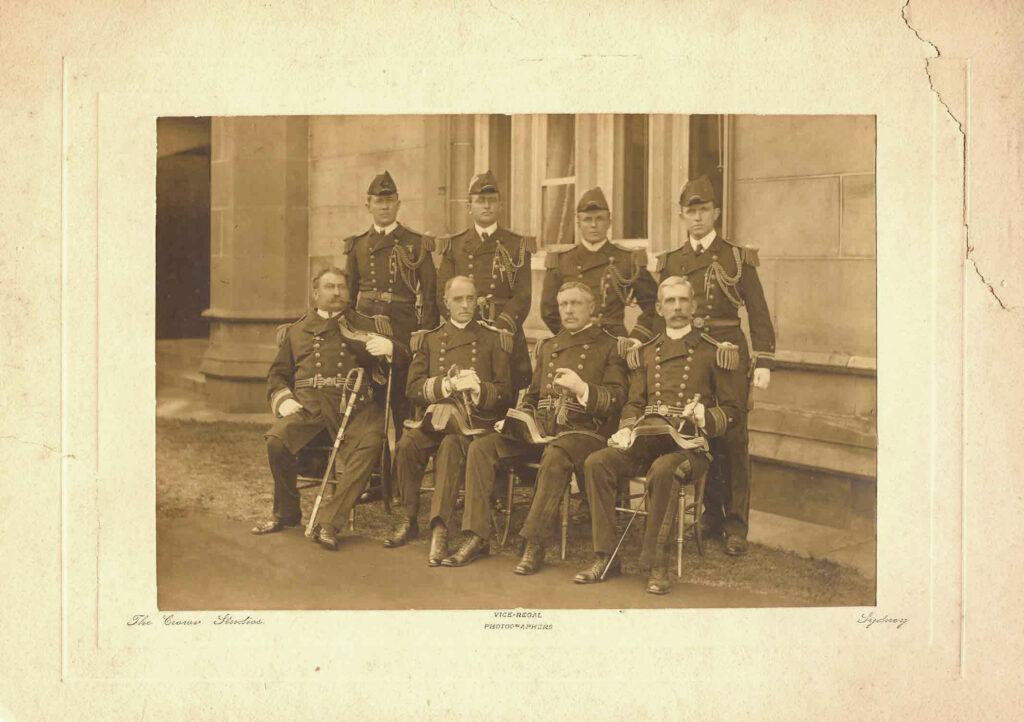